This is A Primer of Visual Literacy [↓]. 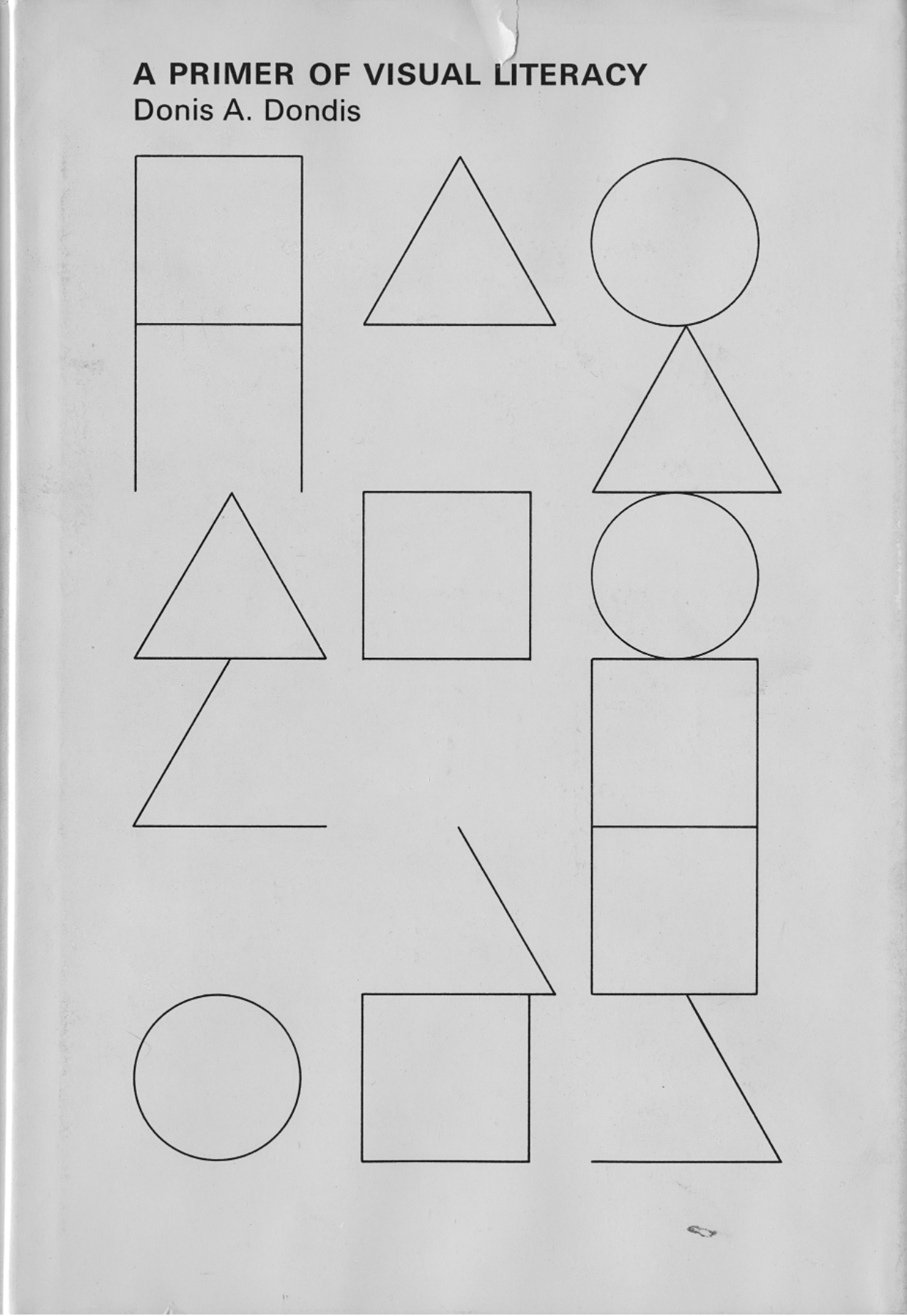 This graphic design textbook was written by Donis A. Dondis, published by MIT Press in 1973, and is currently in its 23rd printing. It was designed by Muriel Cooper. Cooper and Dondis were classmates at Massachusetts College of Art in the 1950s and remained friends.
When the book was written, Dondis was teaching graphic design at Boston University in the School of Public Communication and Cooper was design director at MIT Press. (She would soon start teaching in the Department of Architecture.) The book evolved from a running conversation between the two around teaching graphic design in the context of massive changes to the media landscape. The book proposed that in an age of mass electronic visual communication (such as television), reading and writing images was as fundamental as reading and writing words. Dondis ends the first chapter describing what’s at stake:

What you see is a major part of what you know, and visual literacy can help us to see what we see and to know what we know.

The book presents itself as a kind of extended slide lecture, or a series of lectures marked off as chapters; running texts interjected with demonstration images, in-line illustrations that work like projected illustrations. The book’s pacing is deliberate and the tone is solidly didactic and incremental. Reading it feels like sitting in a classroom, in a good way.
The proximity of author and designer and their shared investment in the contents led to a subtly strange layout. The book’s typography is slightly off and feels automated, with a uniformly light Univers type, consistently awkward letterspacing, and affectations such as underlines in place of italics. Turns out that the typography was a consequence of its production. At the time Muriel Cooper had set up a research unit in the basement of the MIT Press offices and was exploring the application of electric and electronic typewriters to produce camera-ready typography. This book was set on an (only) slightly more advanced system, the IBM Electronic Composer which allowed for variable-spaced typesetting in a wider range of types. The great advantage was that layouts could be created completely in-house and this resulted in a more iterative design and editing process. The disadvantage was the quality of the typesetting. This is also part of what gives the book a visual spark [↓].

When I’ve used this book in teaching (which is often), I ask students: Why does the cover look like it does? It looks to me like writing, or some kind of coded message. What does it say?
Continues in class . . .
October 11, 2022
Currently in Process