Rudolf Arnheim was a German who emigrated to the United States during World War II. He studied psychology at the University of Berlin under Max Wertheimer and Wolfgang Köhler. At the time Max Planck and Albert Einstein were also teaching at the school, so it was a rich moment. Psychology was part of the Department of Philosophy, and the Psychological Institute at the University of Berlin was housed on two expansive floors of the Imperial Palace. The ad hoc situation provided plenty of room for the students to setup and conduct experiments on each other. Much of the interest around the Institute was in Gestalt psychology and perception, and Arnheim was drawn to all of this.
He was also interested in art and personal expression, and when he left school he began to bring the lessons of Gestalt psychology directly into the fields of art and design at schools like Sarah Lawrence College, Harvard University, and the University of Michigan, where he taught psychology and wrote about art.
Arnheim published several books which translated Gestalt psychology for the world of art and design, two of which are well-known. The first, Art and Visual Perception (1954), has been translated into 14 languages and remains one of the most consequential art books of the 20th century. The second was a bit less of a publishing juggernaut—Visual Thinking (1969) [↘]. 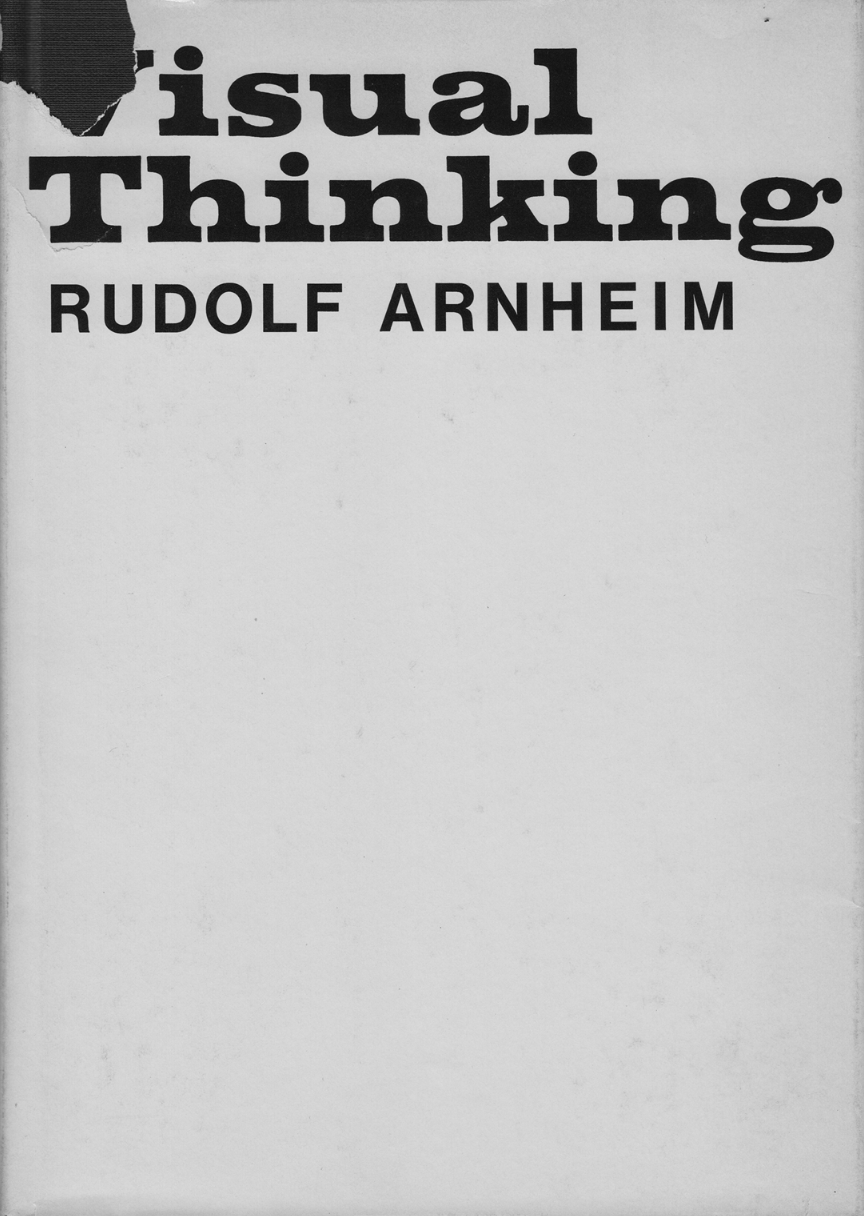 As the title suggests, it wrestles with the differences between perceiving and thinking, suggesting that they are the same thing. Arnheim writes,

That’s visual thinking—a different kind of thinking that uses the spatial capacities of your brain to think in images and solve problems intuitively. Arnheim lays out a series of visual thinking exercises in the text by which picturing a model in your mind’s eye helps to reveal parts of a problem that would not be so easily described otherwise. In one, Arnheim asks the reader to imagine a 3 × 3 × 3 cube composed of 27 individual cubes. (Basically, it’s a Rubik’s cube.) The cube is painted red on all sides. Now, picture the cube, turn it around, have a look and a think. How many cubes that make up that composite cube have zero sides colored red?
Continues in class . . .
October 5, 2021
The Language of Visual Thinking