There exists a continuous curve which goes through every point of a plane ... This result is of interest in the study of the foundations of geometry, for there does not exist a specific character which distinguishes a curve from a surface.

This curve was a radical proposal. Peano asserted that a continuous one-dimensional line could be constructed in a specific way so that it would wind its way through every point of a two-dimensional square. His curve suggested a mapping from the single dimension of points on a line to the paired dimensions of coordinates in a plane. Set theorist Georg Cantor had already devised in 1874 a one-to-one correspondence between the points on a line and the points on a surface, but the correspondence dissolved the continuity of the line. Peano built the argument in his 1890 paper strictly analytically using only the properties of the numbers between zero and one. He included no drawing, diagram, or even a visual description of his curve. One year later, German mathematician David Hilbert offered a drawing based on the curves Peano had conjured. It is a recursive form beginning with a bent line where each segment is replaced by a smaller, self-similar bend, becoming denser and denser, continuing infinitely to completely fill a plane on its theoretical last iteration. The global trajectory of the path (in this case up, to the right, and down) remains unchanged throughout the iterations. Here is Hilbert’s drawing of the first three steps in the process:

Peano seems not to have drawn the curve himself, even in his own notes, until the fifth and final edition of his Formulario Mathematico, published almost two decades later, in 1908. Here are Peano’s drawings from the Formulario, which include Hilbert’s example using base two (c) and his own example using base three (d):

This drawing is from a family of curves most often referred to as a “Peano curve,” with which artist Tauba Auerbach has long been fascinated, incorporating them into their paintings, drawings, sculptures, and the occasional concrete poem. Baffled that Peano wasn’t inclined to draw it, the artist went digging. Research on Peano uncovered that he had tiled Hilbert’s example into his terrace in Cavoretto, just outside of Turin [↓]. 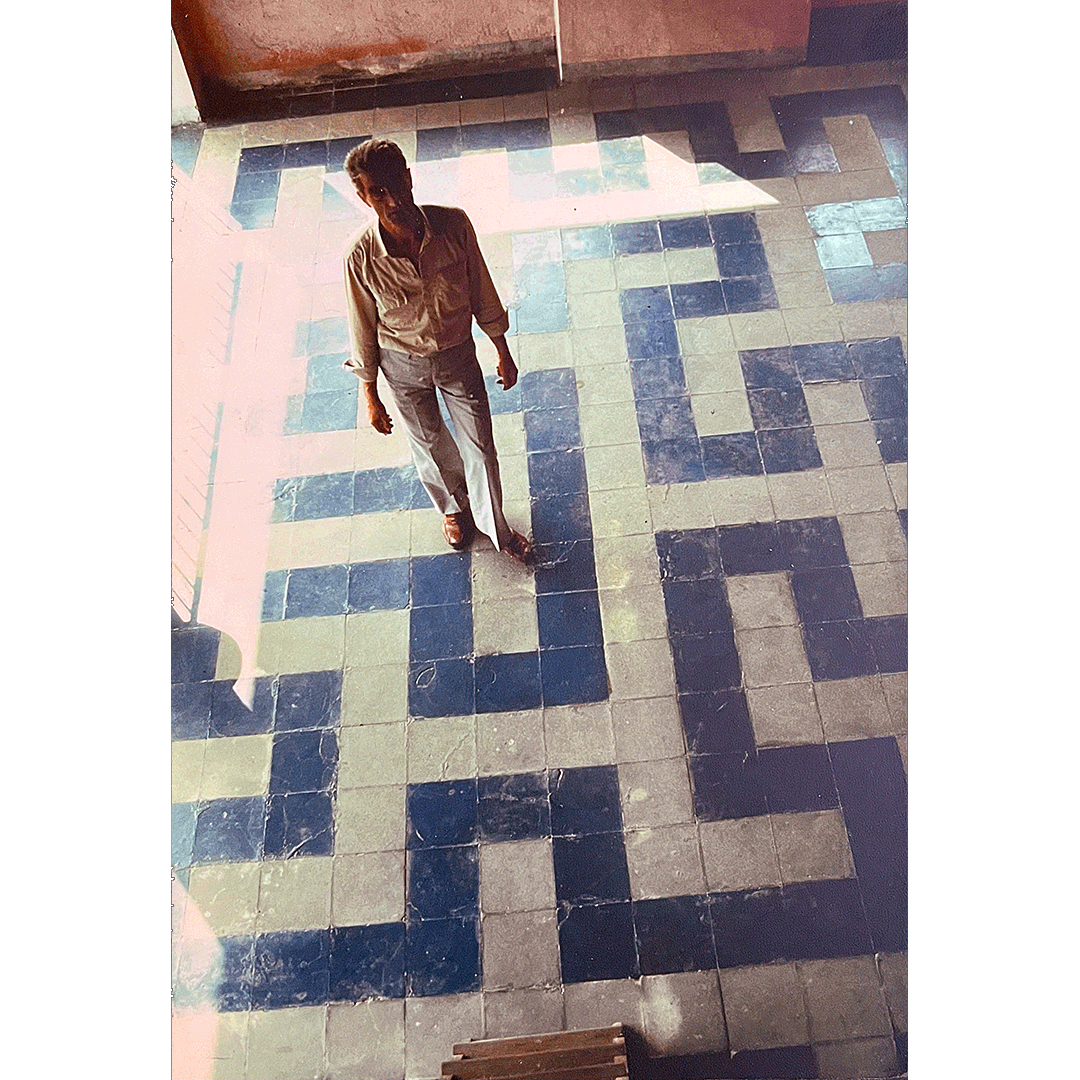 We will look at a selection from a much larger set of drawings that Auerbach routinely produces. Their Ligature Drawings are something close to a writing practice, using markers on oversized graph paper to produce bent lines which develop as they are drawn. The lines often return on themselves, often repeat, and inevitably connect. Most are stamped with the date and they pile up. Their abundance, the programmatic movement of the pen, and the meandering compactness of the lines recalls something from Peano’s own description of his curve as

a point in n-dimensional space, which is a continuous function of a real variable, or of time, such that the trajectory of the moving point fills the whole space. 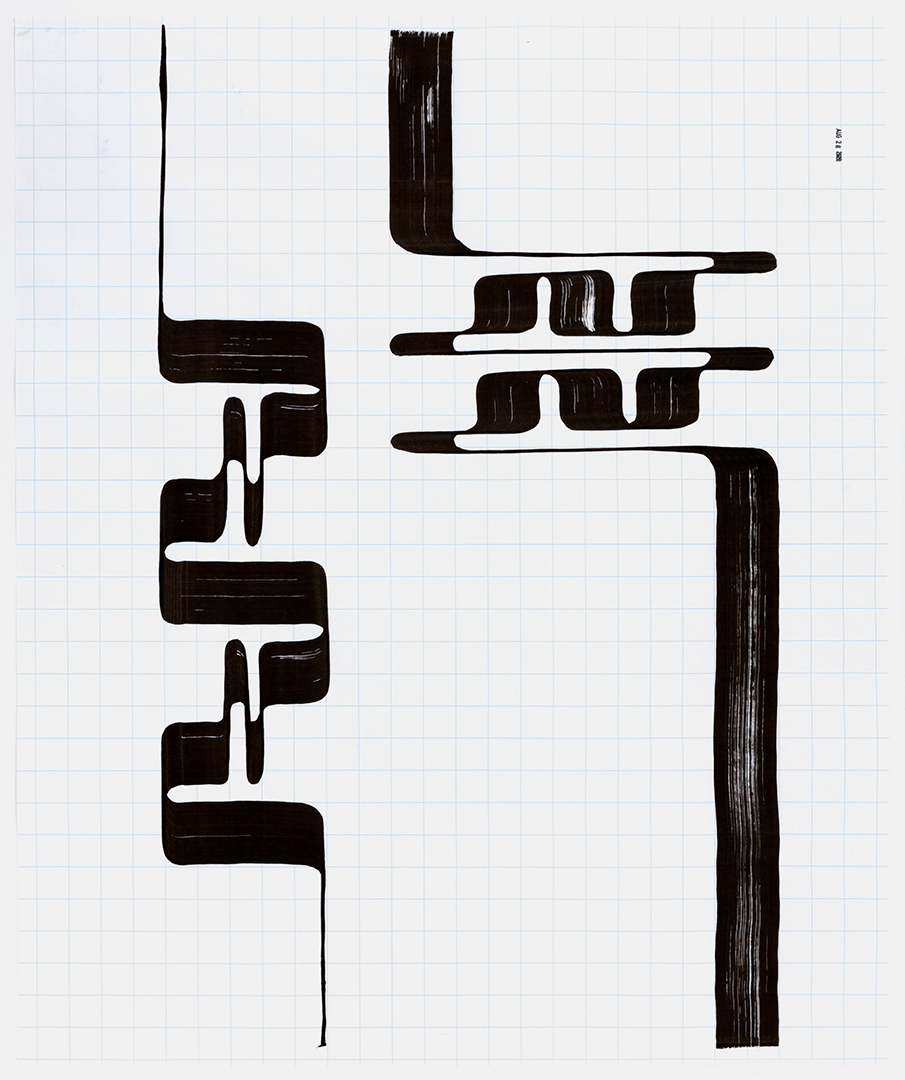