High on his rooftop in North Beach, San Francisco, 1966, after ingesting a mild dose of LSD, Stewart Brand imagined the subtle curvature of the earth as he gazed out at the surrounding high-rises, noticing that they were not really parallel, the high-rises, and that the further you might view them from, the more extreme the curve, until finally, viewed from space, the Earth would resolve to a perfectly spherical marble, not dissimilar from the finite planet that Buckminster Fuller had been insisting we must all understand if we were ever to get civilization on this planet right, something Stewart Brand had been considering since his initial undergraduate coursework in biology at Stanford followed by his studies in design and photography at San Francisco Art Institute in 1962, which led him to spending three years on various Native American reservations in the American West culminating in a multimedia event in 1964 while simultaneously engaged by a growing interest in the space program at a time when the left was deeply suspicious of the defense industry initiative, so he tuned in, turned on, and dropped out, organizing The Trips Festival at The Longshoremen’s Hall in San Francisco in 1966 before joining Ken Kesey’s Band of Merry Pranksters traveling on a bus they named “Further” across the country which he professed to find mind opening and indirectly led to a profound conceptual leap, imagining a picture of the Earth from space and understanding its political aesthetic implications which inspired him to begin immediately the next morning making buttons that read,

Why haven’t we seen a photograph of the whole earth yet?

and distributing these paranoiacally stated provocations widely, sending unsolicited packages to scientists, secretaries of state, astronauts, and thinkers like Marshall McLuhan and Buckminster Fuller (whose humbling response to “Why we haven’t seen a photograph of the whole Earth?” was, “Well, you can only see about half the Earth at any given time”), 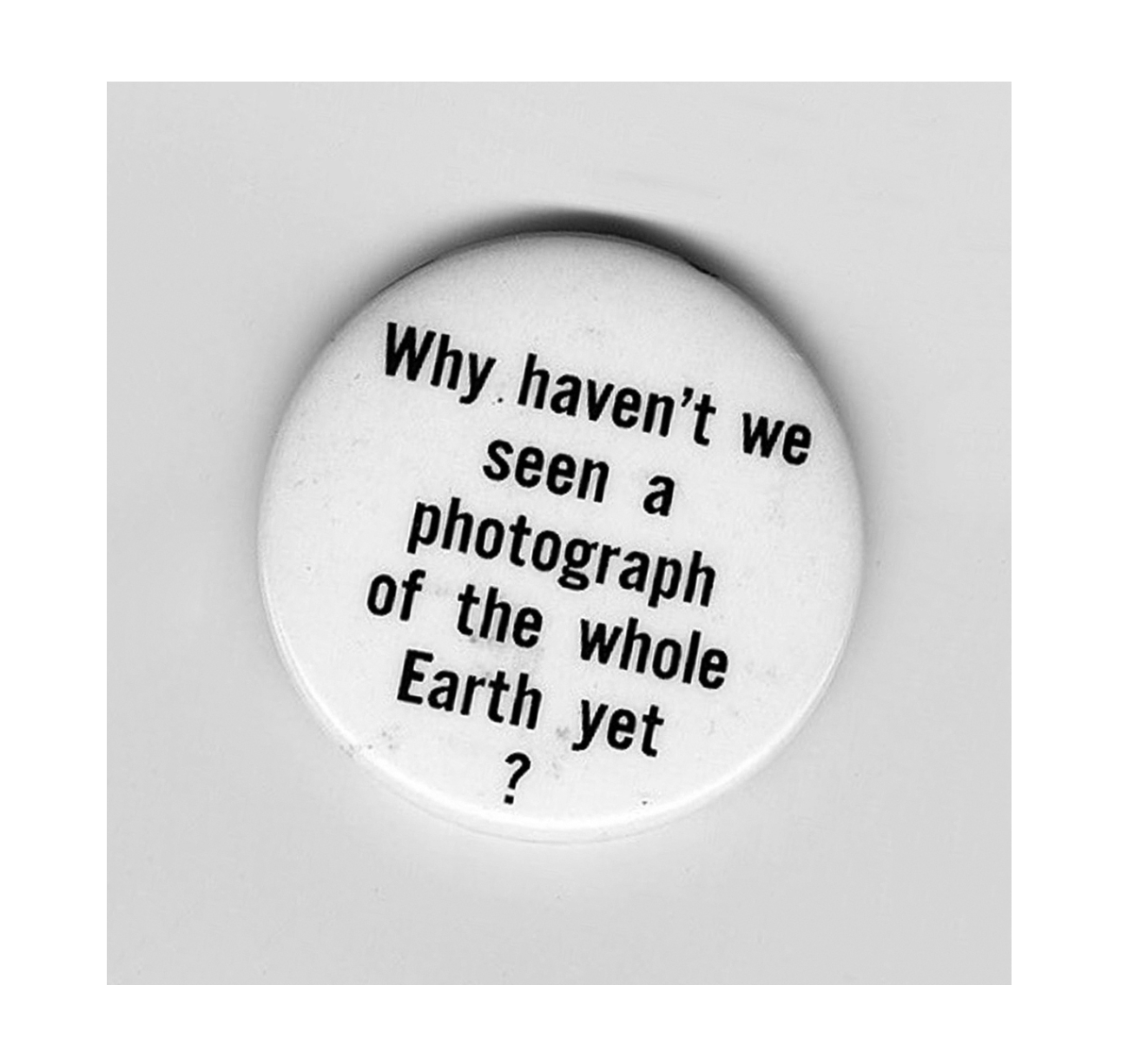 nonetheless, undeterred, these buttons [↑] and the wider campaign were picked up by newspapers, magazines, and the popular imagination, allegedly leading NASA to release full-color photographs of Earth [↙] from the Apollo missions of 1969 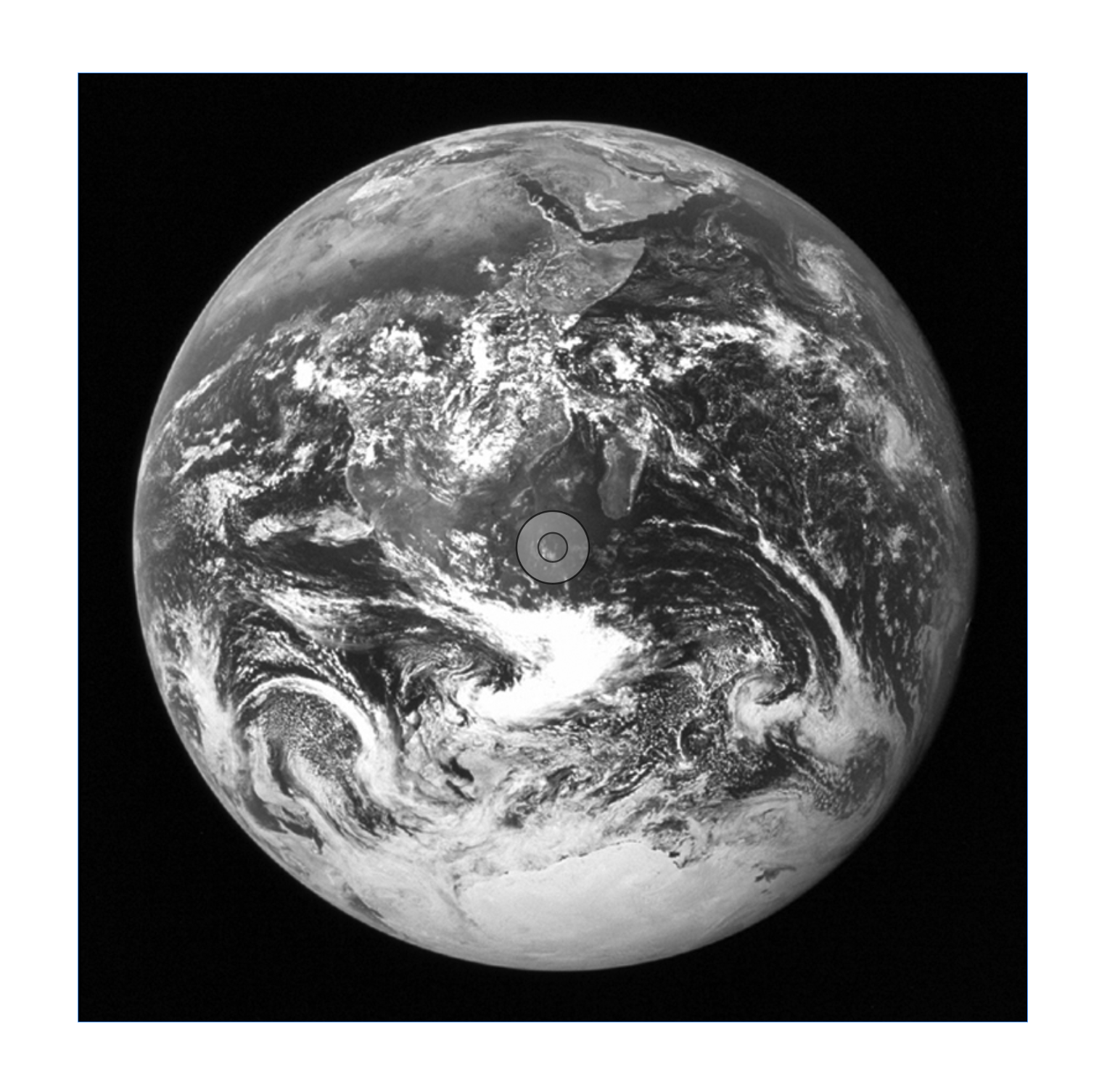 and by which time Brand had named and started work on the Whole Earth Catalog, whose second issue in the summer of 1969 featured the aforementioned photograph and whose subsequent covers also rigorously retained a photograph of the Earth from space, creating a remarkable series of covers [↙] [↓] [↘] formed by a repeated image and a specific cultural framework,

and that Apollo 9 astronaut Rusty Schweickart, as head of the applications department of NASA, through persistent efforts, could not convince the scientific community at large that you couldn’t see anything useful from space an idea directly at odds with the stated function and selection criteria of the Whole Earth Catalog, printed on the inside front cover, along with the reverse of the globe.
Continues in class . . .
November 29, 2022
Global Branding (and The NeXT Intuition?)